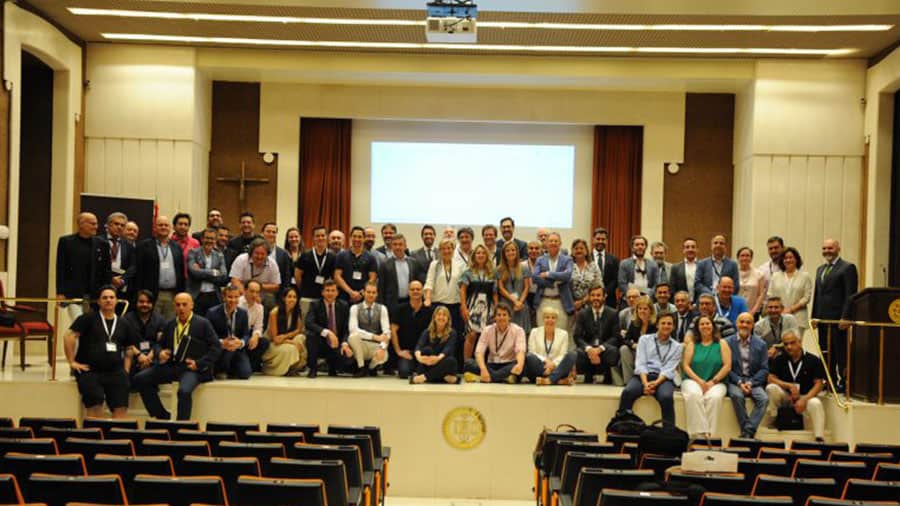 Alastria settled in 2017. Initially launched as Red Lyra and subsequently formalized in October of the same year as a non-profit association, with the vision of democratizing access to Blockchain in Spain and reaching an international expansion.

“It promotes our own innovation methodology that anticipates the needs of our society in relation to the use of products and services based on decentralized technologies.” (4 de septiembre, 2018) Alastria. Recuperado de: https://alastria.io/)

On 27 June, the Ordinary General Assembly of Alastria was held, in which a large number of associates from all sectors met.

“Among the most important data presented is the 70% increase in membership since June 2018. In addition, one of the key objectives set for this year has been met in the number of SMEs that rely on Alastria and having several networks, a very stable with 85 nodes and growing every month and others already with teams committed and formed by experts from various partners.” (Alastria celebra en Madrid su Asamblea General con la presentación de su nueva Junta Directiva ( 8 de julio, 2019). Alastria. Recuperado de: https://alastria.io/news-asamblea-alastria/)

Thus becoming a national and international reference in the promotion of the economy through the most innovative technologies such as DLT/Blockchain.

The board highlights different points, among which is the growth of Alastria monthly with 5% more members. For this reason, automation and process establishment are one of the main objectives of the board of directors. In addition to presenting an internal communication model and an improvement of external communication.

EasyFeedback Token has been an Alastria member since August 2018, and had the opportunity to participate in the Assembly held on June 27.

EasyFeedback participates in the resilience commission, the digital identity commission and the legal commission.